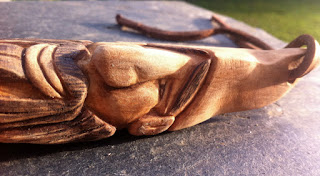 Here is a short tutorial on how to go about carving a wood spirit out of pear wood. 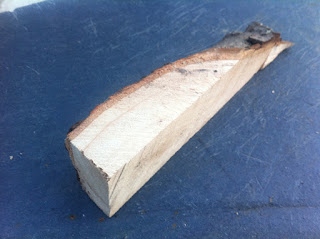 Gain an off cut piece of pear wood, making sure it has no radial splits running through its length. It will also help the carve by choosing a piece that has no knots.

STARTING OFF
Its best to first try and visualise some form of face within the wood. The piece of pear I have here was already tapered to a point at one end, and was a four sided block. The taper will be the hat end, with the beard at the other. I removed all of the bark on this wood spirit, then with a wood saw, I cut a length slice to turn it into a three sided block. I decided to use the top running point of the triangle as the nose, hat and beard fronts.

Now for proportions. Mark off where the hat and nose tip will be. The hat end will take up just over a third of this wood spirits length, with the nose and beard divided by the rest, the beard being a little longer than the nose section. Remember, a wood spirit will come out of the wood as you carve, altering in form. That is the joy of carving, it evolves as you proceed. Do not worry too much about the pencil marks, as you will loose them as you shape it. They can be re-added later, tweaked and altered as you go!

Mark out the eyes brows, nose shape, mouth and cheeks with a pencil. To give an old wise man feel to the wood spirit, give him brows which droop down, a long pointy nose, and low, long cheeks.

Your first cut should be the top of the nose, where the brow is,and the undercut of the nose at the bottom. Try to think of it as like pealing an onion, you are trying to visualise which pieces stick out the most on the face, and peal back the layers as you go, according to height. So to start with, the nose tip is the most sticky out, with the hat and beard on this wood spirit.

At the top end, the next layer that sticks out, is the brim of the hat and ears. Taking the nose a little deeper too, while also gauging where the raised sections of the beard will be. 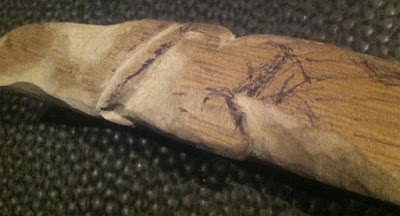 As you can see here, I'm sketching further detail as I proceed. The eye are beginning to sink under the brows at this stage, while leaving the cheeks where they are at the moment. 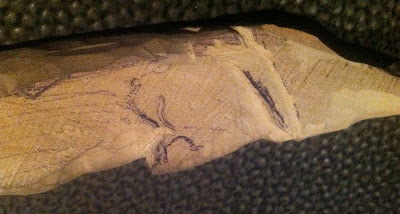 Im now happy with the top layer pealed back, leaving the most protruding areas on the face. I'm now sketching out a bit more detail around the mouth area to get a better feel for its character. This wood spirit will have a smile! The eyes are defined to give him some life.

The beard has some shading, to show which areas I am going to take off. (shaded area!)

BRINGING OUT THE AREAS The beard is beginning to take form with those shaded areas removed, plus the beard line to the ears has formed by starting work on the cheek areas. The cheeks need to be carefully taken into the nose, eyes, ears and beard, while keeping the centre area raised. This is the stage where your carving needs to steep up a gear and be a little more caring on each cut. Its always best to take of less than you think you need to, as once its gone.. its gone for good!

With careful cutting back of your design, the wood spirit starts to come alive with character. This is one of my favourite parts, as you can begin to see the end results coming through!

Remember not to get frustrated if you take a little bit off that you didn't want to. So long as its not too much removed, it should be able to be reformed into a slightly different shape and character. You will just need to pause, and re-visualise a newer form and shape!

This is the back of the wood spirit carving. 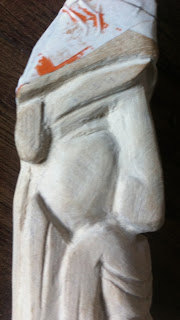 This is the fun bit! Once you are happy with the main areas of carving, its time for some fine tuning and cleaning up. Clean up the hat end with grades of sandpaper, and get it to a standard you are happy with, then mask it off with tape.

This is so you have something to hold while you do the detail on the main area of the face. Try not to touch the exposed area after this stage, as grubby hands will dirty the wood, and it will require further sanding to clean it up again! I generally give it a soft sanding with hard grit sandpaper first, then concentrate on detailed markings with different micro files.

Use micro files to give definition to the eyes and lids, around the nose and mouth, and any fine lines on the beard. Wrinkles can also be added for further character!

Finally, use a very fine grit sandpaper. Make sure to get into all the nooks and cranny's by folding the sandpaper over on its self!

Ive added a coat of Danish oil, which replenishes oils back into the wood, and helps with stopping the wood from getting grubby! 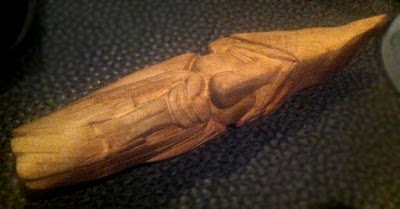 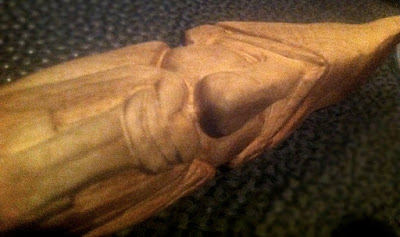 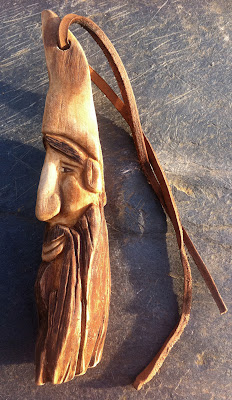 For my final stage, I like to bring out the character by adding shading with walnut dye! Walnut dye just needs a little water added. Its a natural way to add some depth! The hair gets a good layer of dye that has water added, the same as with water colour paints! 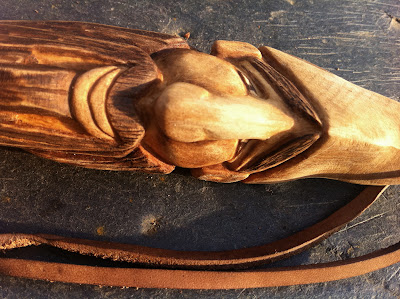 The flesh areas was dry brushed to give gentle shading! Dry brushing is a method where you dip the brush into the watered dye, but then remove most of the dye from the brush first, by brushing onto an old cloth!

The brush is dry, but with a slight bit of dry dye still on it! A gentle flick over the surface back and forth with the brush will shade the raised areas. If you make a mistake, it can be gently sanded back, but don't go too far as you don't want to remove the Danish oil! 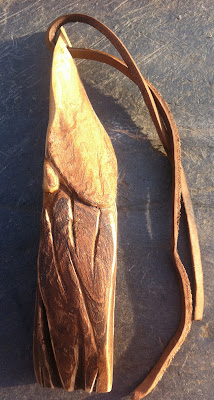 A veg tan leather lanyard is added after being soaked in some of the walnut dye! 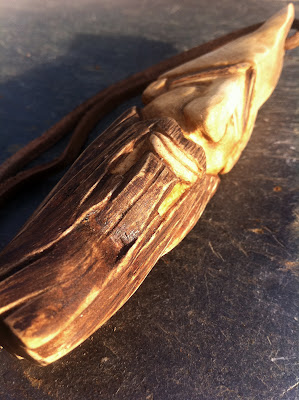 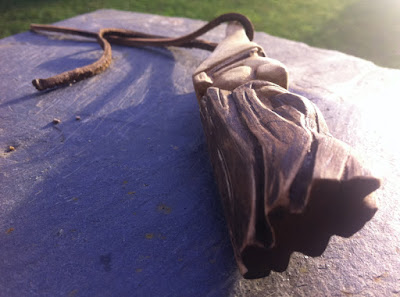 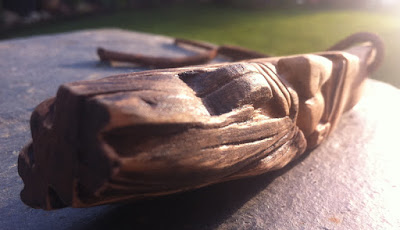 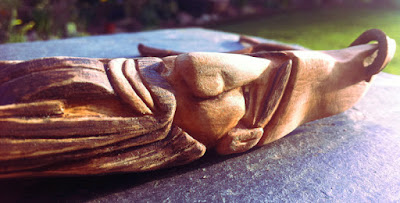 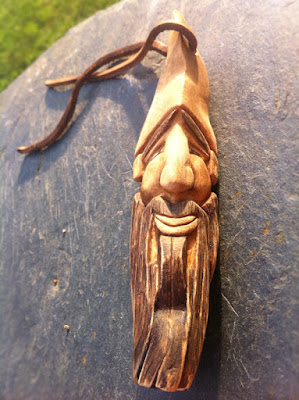 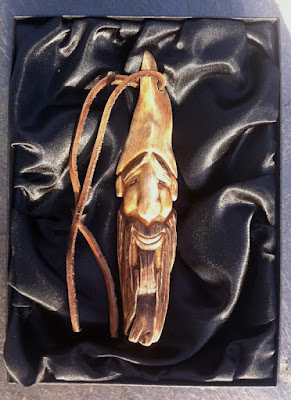 This is a gift for somebody, and I just so happened to have a cushioned box around the right size! 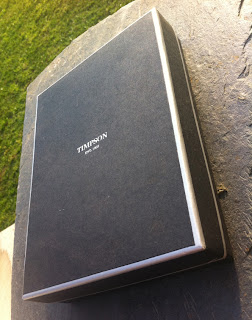