janeiro 28, 2011
Marttiini M571 Review: "Here is another puukko style knife from a widely respected manufacturer. It can often be seen in the hands of woodsmen, but is not reviewed nearly as often as the Mora knives. I decided to do a short comparison. 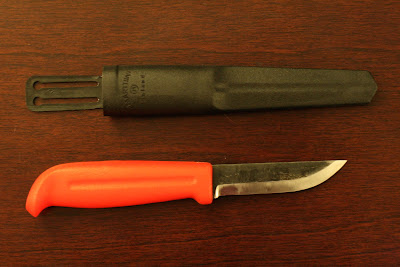 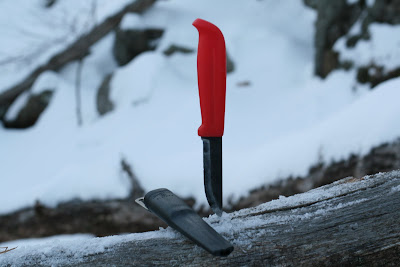 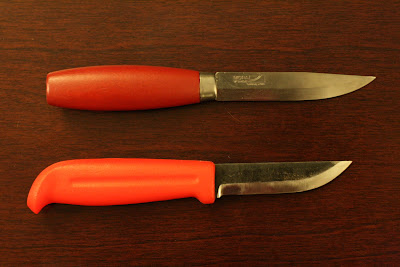 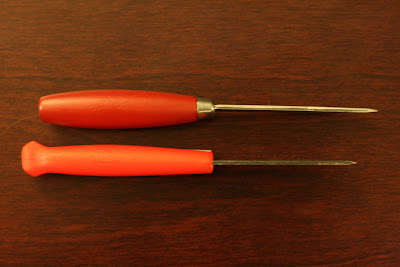 The knife was very comfortable, although I wish the handle was thicker. The blade was too short for my liking, but performs very well. It throws sparks very well from a ferrocerium rod. It holds a great edge, and came shaving sharp.

I took it out for some testing. It is important to note that the temperature was in the single digits, and I was working with hickory, which I only realized from the smell once I started cutting it.

Since the blade is so short, its batoning ability is quite limited. Here I used a 2-inch piece of wood (half of a log). The Marttiini M571 went through it without the problem. I did not feel any significant pressure on the connection between the blade and handle. 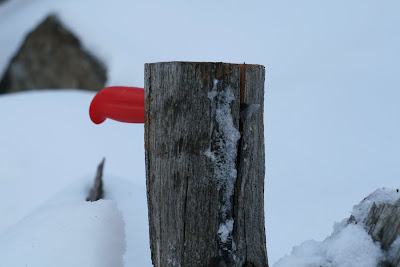 However, the batoning damaged the blade. This is not that uncommon when it comes to Scandinavian grind knives. The edge is so thin, that it can be easily damaged. The fact that it was so cold, certainly also added to the blade being brittle. I tried to warm it in my hand, but by that point my hand was close to frozen as well. You can see the small chip in the picture. I was not able to repair the damage with a sharpening stone. That is another problem with Scandinavian grind blades; to remove metal from the tip of the blade, you have to remove metal along the whole grind. Here, removing enough metal to repair the damage would have significantly changed the blade. I might end up convexing it at some point. 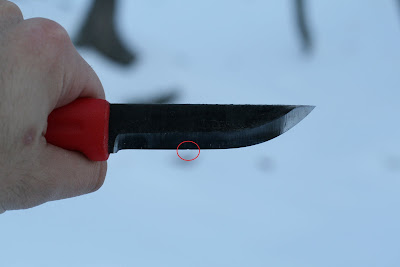 I also pound the blade into a piece of wood as one would when truncating. The knife did fine. 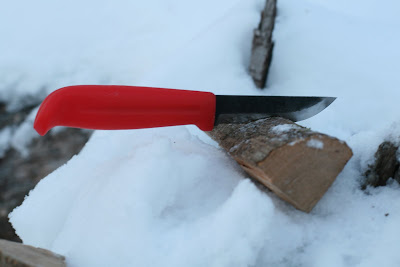 Other than the damage to the blade, the edge retention was good, and I was able to make some fuzzies even with a frozen piece of hickory. 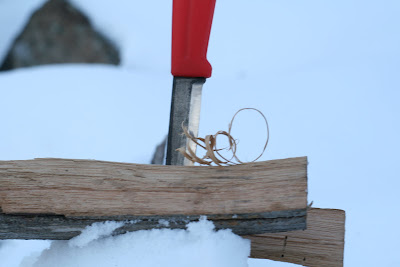 The knife comes with a plastic sheath, but the knife fits into it much better than the Mora 1. It is held inside quite securely. I have no complaints with respect to the sheath.

The Marttiini M571 has a partial concealed tang. You can see it in the cutaway below. The picture was not taken by me. Even though it is a small tang, I was very impressed by how secure the connection to the handle felt. 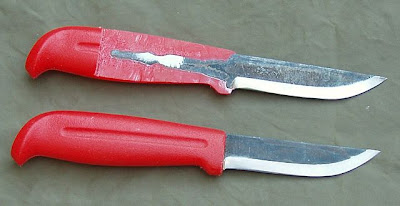 Overall, this is a very good little knife. If at any point you feel like a 4-inch Mora is too much blade for you, this would be my low cost go-to choice. The blade performs very well, even though it is so short. It is very secure, and the sheath is better than that of the Mora 1. Obviously this is not a knife I would recommend as your only tool in the woods, but combined with a good axe, it may be all that you need.