janeiro 07, 2011
Fiskars X7 Hatchet Review: "The Fiskars hatchet is one of those tools that I had no interest in reviewing, but ultimately decided to do it because of how popular and readily available they were. Several years ago I had a similarly designed Gerber hatchet with which I was very disappointed, so I was reluctant to spend my money on another one. I’m glad I did. 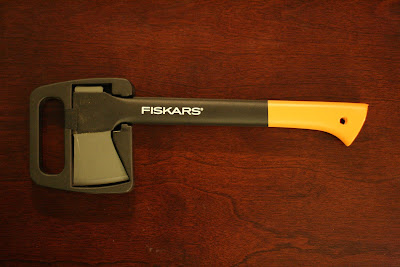 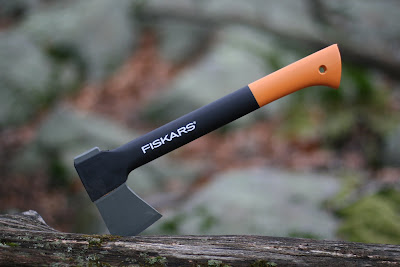 In terms of cost, this hatchet is in the lower mid-price range. It is not one of the many $10 hatchets, but can easily be a person’s first axe without too much worry about having to replace it later on.

As with the other hatchets, I will be comparing the Fiskars X7 Hatchet with the Gransfors Bruks Wildlife Hatchet. Here you can see the two of them side by side. 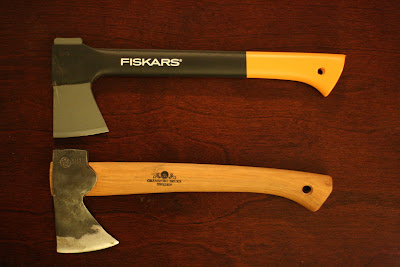 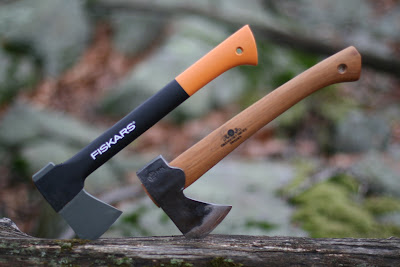 The handle length of the Fiskars hatchet is just a bit longer than that of the Wildlife hatchet, putting it just shy of 14 inches. Clearly it is a synthetic handle, so there are no grain issues to discuss. It is made of a plastic called FiberComp, which is supposed to be designed to absorb shock. It is also much stronger than a wooden handle. A short Google search will pull up several videos of trucks being driven over the handle without damaging it. The handle is also completely hollow, making it very light weight. The opening on the bottom however can allow dirt to get inside the handle. The handle does not pass through the head of the axe, but is rather bonded to the outside. 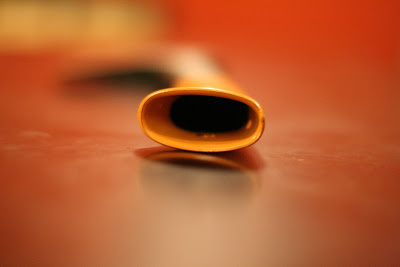 The head of the Fiskars X7 Hatchet is 0.28 pounds heavier than that of the Gransfors Bruks Wildlife Hatchet. The two hatchets however have a very similar overall weight because of the lighter handle of the Fiskars. 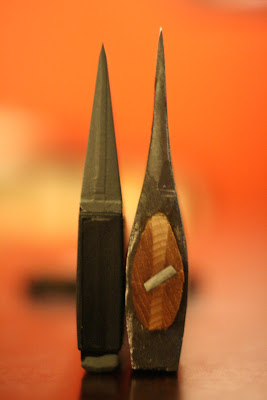 The grind of the head on the Fiskars is very different from traditional axe design. It is in effect ground like a knife, with a flat grind. Since the head has no eye, it is very narrow overall, although the cheeks expand rather rapidly when compared to the Wildlife hatchet. 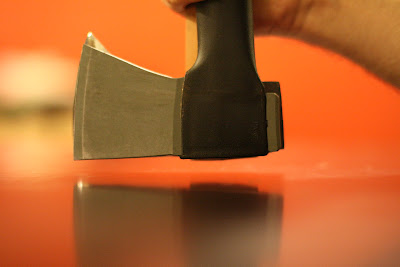 The axe came with something that resembled more of a carrying case than a sheath. It is a plastic handle into which the axe snaps. It is good for carrying the hatchet around the yard, but if you will be going into the woods, you’ll have come up with some other type of sheath.

During testing, I was very pleasantly surprised by this hatchet. It is very light and comfortable to use. It was sharp when it arrived, and required only a few minutes withe the sharpening stone before it was razor sharp. It’s chopping ability was also impressive. As you can see from the picture, it sprightly outperformed the Gransfors Bruks Wildlife Hatchet, most likely because of the extra weight if the head. The Fiskars hatchet was not able to cut at an angle as shallow as that which can be achieved with the Wildlife hatchet, but it was more than sufficient for any chopping job. The difference was noticeable only at extremely shallow angles. 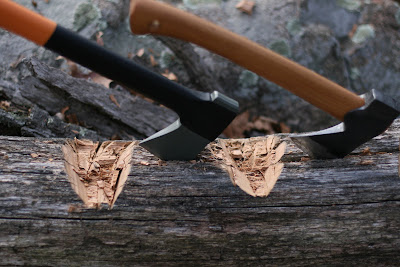 The steel that was used in the head, however, combined with the flat grind of the bit, did create one problem. As you can see fro the picture, I was able to dent the bit while chopping. Because the bit of the Fiskars hatchet is not convex, but is rather flat ground, it is thinner than that of a traditional axe. This gives good chopping performance, but creates for a weaker edge. I was able to get it back into shape in the field with just my DC4 sharpening stone. The steel also appears to be relatively soft, which thankfully caused the edge to only roll rather than chip. 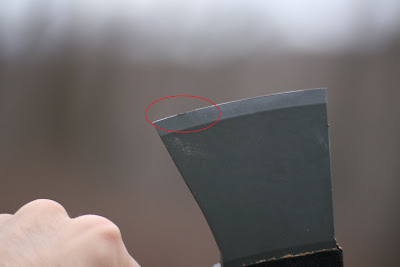 You may also want to take a few minutes and sand down the transition between the head and the handle. The area where the handle wraps around the head creates a ridge which can get snagged when chopping. Some sanding should take care of that.

Overall, I am very satisfied with this hatchet. I must also admit that I was surprised by the results. Based on my prior use of similarly designed axes, I expected it to perform poorly, but you can’t argue with results. I very much like the handle. It is stronger and lighter than a wooden one, allowing for more of the weight to be concentrated in the head. The performance was very good, especially considering that this is a $25 hatchet. If you are just getting into using axes, a Fiskars may be a good place to start.