janeiro 18, 2011
Les Stroud Designs and Releases the Temagami Knife: "Les Stroud, known to many as Survivorman, in collaboration with the Norwegian knife company, Helle, is releasing the Temagami knife. 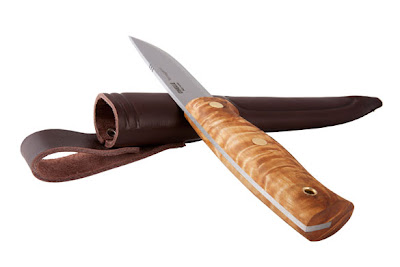 There has been talk about the collaboration for a while, but these are the first pictures that I have seen of the knife, which will be released in limited numbers (500) at the end of February.

It will come in laminated carbon and stainless steel, which will both be available worldwide after February. The cost of the knife that is being thrown around is in the $180.00 range. I am not sure if that is for the limited version, or the general knife.

To be honest, I have not had the best experiences with Helle knives, so I am skeptical about this one. The design looks good with some minor issues, but we’ll see if it can stand up to actual use as advertised.