dezembro 28, 2010
A Brief History of Swedish Axe Manufacturers: "I have received a number of questions about different axe producers. Most of them have been with respect to Swedish axe manufacturers. I though I would put together a short list of the little I know about current Swedish axe makers.

Hults Bruk is the largest axe manufacturer in Sweden. The company can trace its origins back to 1697. It was founded by James Reenstierna Jr. and originally produced only nails used for ship building. In 1732 the small factory began to refine its own iron. The mill was subsequently sold in 1752, 1760, 1763, 1778, and 1779 without much change to the operational structure. In 1818 the mill was again sold to Magnus Lonetz Ekelund, who significantly expanded the size of the mill and the product being produced. By 1886 the factory was being run by Gunnar Ekelund, grandson of Magnus Lonetz Ekelund. This is the point where the decision was made to stop production of other tools due to growing competition, and instead focus primarily on axes. By 1970, the company almost exclusively produced axes. In 1988 Hults Bruk was purchased by the Hultafors Group, who also own Tors Hammare AB. In current production models, you will see both the Hultafors etching as well as the traditional “HB” Hults Bruk stamp.

Two very recognizable product names of Hults Bruk are the Agdor and Arvika 5 Star lines of axes, although there are other models of axes currently being made.

Axe production under the Wetterlings name was started in 1880 by Sven Axel Wetterling. He was later joined by his brother Otto Wetterling, who had studied industrial axe manufacturing techniques in America. In 1915, after the death of Otto Wetterling the factory was sold to Magnus Liljeblad, who operated a competing factory. By the 1950s, the factory had grown and employed 40 workers. In 2008 the company was purchased by Gabriel Brandy, the owner of a competing axe manufacturer, Gransfors Bruks. So far it appears that the two factories continue to operate independently, even though owned by the same individual. The company manufactures both a line of hand forged and drop forged axes.

The company was founded in 1902, and has been producing axes since that time. Currently the company operates a subsidiary branch in the United States, and is producer of the Black King line of axes in the US and Canada as well as the Sweedepro line of protective clothing and Woolpower thermal undergarments. 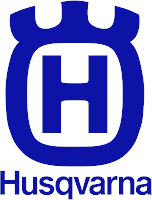 The company was founded in 1689 as a weapons manufacturer. It did not produce axes, but rather developed a large production base in everything from bicycles to sewing machines. Eventually in 1978 the company was acquired by Electrolux, which stepped up the acquisition of other companies, eventually making Husqvarna the largest manufacturer of chain saws in the world. In 2006 Electrolux distributed the shares of Husqvarna, making it an independently operated company. Husqvarna continues to produce tractors, chain saws and gardening equipment, some of which is sold in the US by Sears under the 'Craftsman' name.

In the last decade or so, the company has made attempts to sell axes. Some of the early attempts, lasting till very recently consisted of purchasing heads made by different manufacturers, putting handles on them and selling them. Axes from that period have a clearly visible stamp of the manufacturer of the axe head, most often the HB for Hults Bruk. Recently however the company has come out with a line of high quality axes (and discontinued all others), which bear the Husqvarna crown stamp on the axe heads. It is not clear if they are manufactured by another company, or if they are being produced in house. The heads closely resemble those made by Wetterlings, but I have not been able to find any information which would confirm the connection.